“Seven Schools and the only thing that has changed is my locker combo,” – Jason Dean, Heathers.

I chose this quote because I’ve been to many schools and there hasn’t been many changes, and because I really relate to his character in the movie and musical.

I chose this video because I love playing the game Overwatch, I mainly use the character named Widowmaker, so I chose the animated story for her because she is my favourite character in the game. 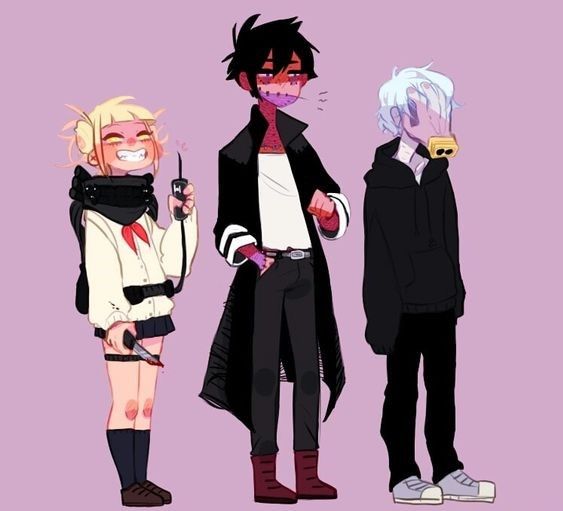 I decided to use this photo from the anime My Hero Academia because watching anime and connecting with some of the characters has really helped me through tough times. These three are my favourite villains: Toga, Dabi, and Tomura.

I chose the minecraft website because I’ve been playing that game since I was a kid. It’s been one of my top favourites for years and I honestly don’t think that will change. I enjoy playing it even now.